Over the weekend, I was chatting via email with a freelancer working on his first assignment for Raging Swan Press. During the conversation, I gave what I thought was a brief overview of my publishing and design philosophy. 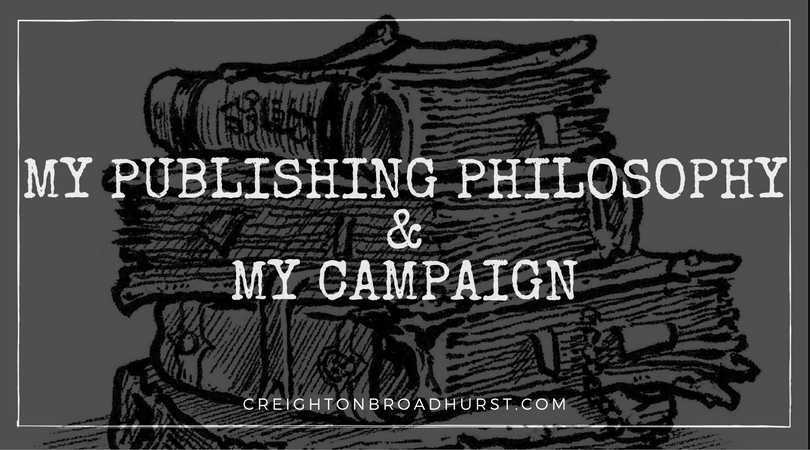 It turns out, my brief design and publishing philosophy is the same as my detailed, in-depth philosophy. That’s good because I like simple things (mainly because they make my life easier as there is less to go wrong).

After pondering the conversation, I thought it might be a good idea to write about my philosophy. It not only powers Raging Swan Press’s release schedule but also holds sway over how I decide whether to add new material to my campaign (or not).

As I’ve said above, my publishing philosophy is simple: I filter potential products through two fundamental principles. Behold:

Raging Swan Press only publishes a book when the answer to both these questions is “yes.” For me, these two filters are at the absolute core of our offering. I believe that if a GM browses one of our products and decides it won’t make his or her campaign better then they shouldn’t buy it.

Of course, you and I may differ on what “better” means in regards to your game, but it doesn’t mean you can’t apply these general principles to your campaign. So often as GMs we are pressured into including the newest, coolest and shiniest options in our game. If we don’t, we are megalomaniacal control freaks who are just out to crush players’ fun. How dare we say, “no” to their requests?

This view is rubbish.

Now you might be reading this from a player’s perspective and think something along the lines of, “Wow—Creighton is an old fart; I’d never play at his table. I bet his game sucks.” (And if you do think that, I fear my game will indeed suck for you).

A “better campaign” means different things to different people. I want you to enjoy your game as much as I enjoy mine. Design your campaign to suit YOU. If you don’t, someone else will design it to suit THEM.

If you don’t think something (whatever that thing is) will make your game better, don’t include it.

2 Comments Share Tweet Print Email
Categories: Freelance Advice, GM Advice, Publisher Advice, Raging Swan Press
Disclosure of Material Connection: Some of the links in the post above are “affiliate links.” This means if you click on the link and purchase the item, I will receive an affiliate commission. Regardless, I only recommend products or services I use personally and believe will add value to my readers. I am disclosing this in accordance with the Federal Trade Commission’s 16 CFR, Part 255: “Guides Concerning the Use of Endorsements and Testimonials in Advertising.”

2 thoughts on “My Publishing Philosophy & My Campaign”