This is the first in an occasional series of reviews I’ve been plotting for my blog. Behold, my first review! 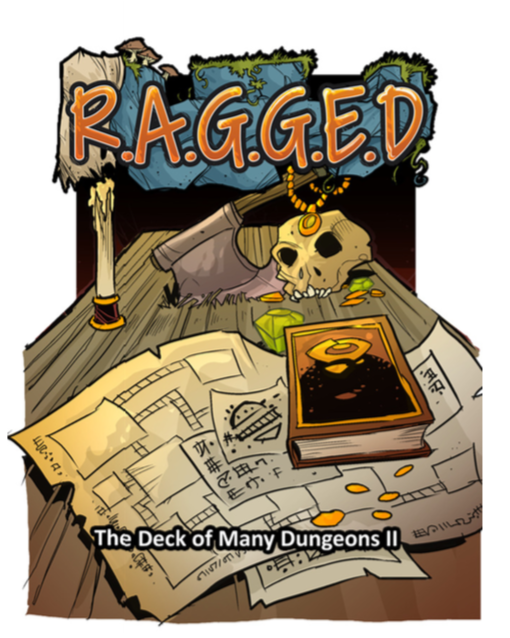 I’ll be concentrating on the types of product Raging Swan Press does not publish, but which I think GMs might enjoy and/or find useful.

With that in mind, first up is the marvellously titled the Deck of Many Dungeons.

I was approached by Rob Cuninghame the other day. Rob is (at the time of writing) running a kickstarter and thought I might be interested in checking out his new product. He was kind enough to send me an advance copy of the Deck of Many Dungeons and I’ve been playing around with the cards for the last few days. 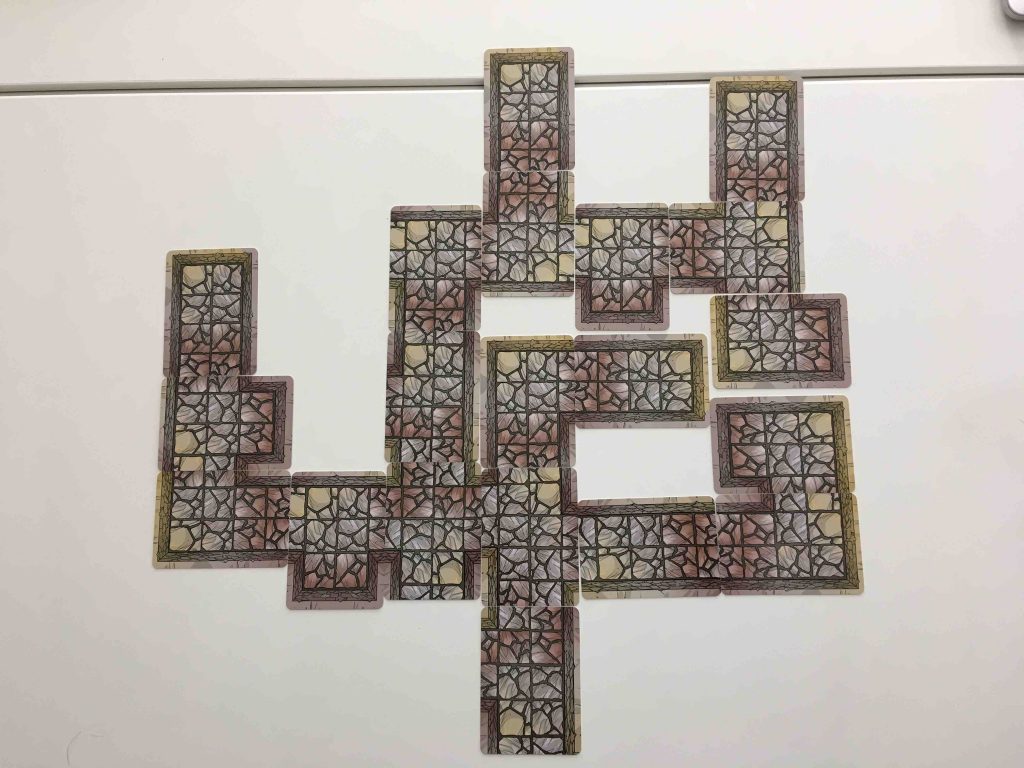 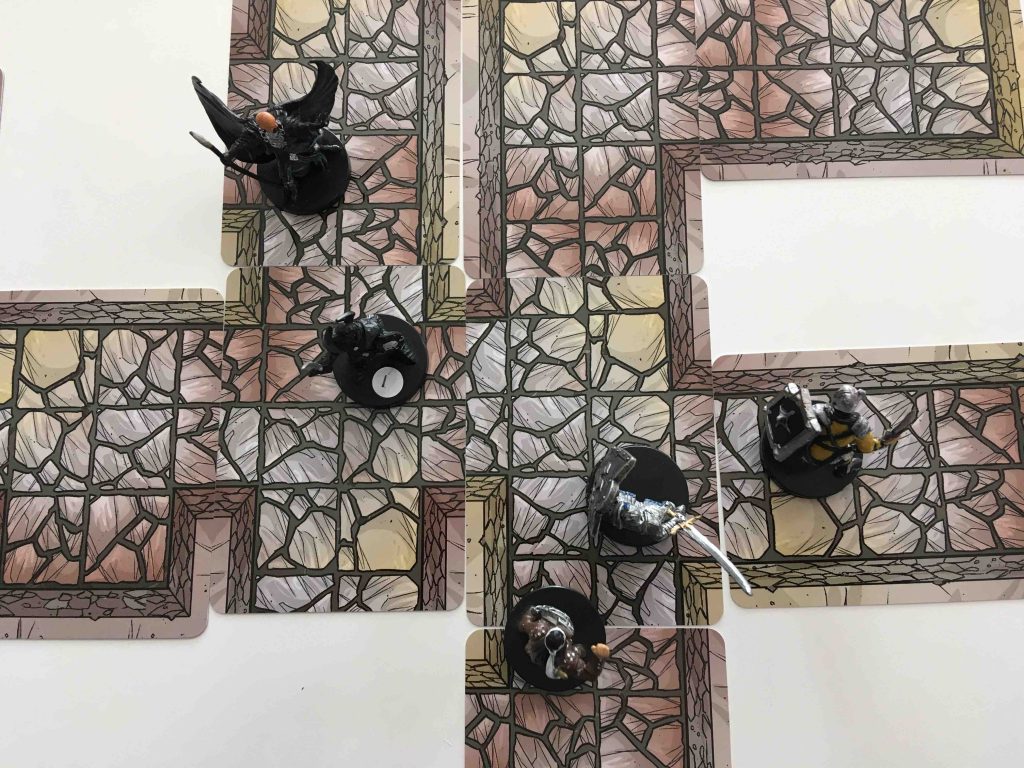 I’ve also enjoyed dealing myself a dungeon (as it were). It’s a fun challenge to see what comes out of the deck and to design an interesting layout with the result.

My only concern about this deck is that it comprises exclusively ten-foot wide corridor pieces. It’s perfect for a minotaur’s maze or some such, but you can’t build rooms using the cards. However, all is not lost! Set II is in development as I type this and will be available as part of the kickstarter. Deck 2 deals with rooms and suchlike. Here is a graphic of some of the available cards in that deck which I did not have a chance to play with: 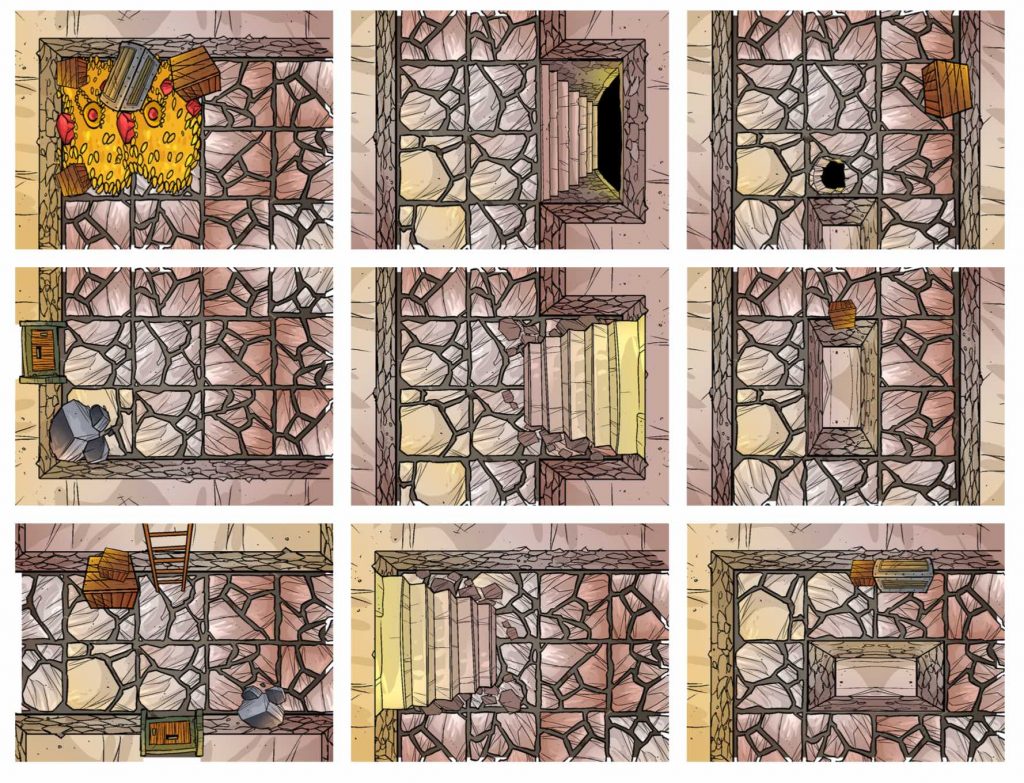 Adding the two sets together means you can create a much more playable dungeon.

In summary, I like this product and I could absolutely see myself using it. Combined with the second set it would be a marvellous addition to a casual random dungeon session or could be a handy plaything for a GM brainstorming his next dungeon. Also—solo players could use the tiles as the basis for their next random dungeon! Finally, the cards are tremendously portable–great for taking to a friend’s house or using at a convention.

To check out the Deck of Many Dungeons on Kickstarter, click here.

I received one set of sample cards to write this review. I get nothing else for reviewing these cards. None of the links in this post are affiliate posts.

3 Comments Share Tweet Print Email
Category: Creighton Reviews
Disclosure of Material Connection: Some of the links in the post above are “affiliate links.” This means if you click on the link and purchase the item, I will receive an affiliate commission. Regardless, I only recommend products or services I use personally and believe will add value to my readers. I am disclosing this in accordance with the Federal Trade Commission’s 16 CFR, Part 255: “Guides Concerning the Use of Endorsements and Testimonials in Advertising.”

3 thoughts on “Creighton Reviews: The Deck of Many Dungeons”