At the end of last session, we left our heroes recovering from their ordeals at Hiedmarch Manor. Several of them had come close to death during their last foray, and they yet mourned their fallen companion.

The party also spent some time reflecting on their experiences and preparing for their next delve. Two new members also joined the group: Zainnis Wilmatyn (CG name human ranger 2) and Quinell (NG female elf bard 2). Zainnis was known to Shel Hiedmarch, and came with her recommendation and trust while Quinell was a skilled seamstress (and singer) who had met Kara while the sorcerer was looking for new clothes.

In any event, eventually the group was ready to the Crow and their quest.

Their journey to the piling was uneventful—although the group now needed two rowboats—and their initial investigations revealed that the section they had already cleared remained empty. Quickly, they returned to the lowest level thus far discovered and the site of their last battle. Many of the corpses lay exactly where they had fallen, but Narfu noticed that all their weapons had been removed. Thus warned that the surviving mites might yet lurk in the surrounding tunnels, the party explored cautiously.

Shortly thereafter they did indeed encounter the remaining mites, and slaughtered them without mercy—perhaps in revenge for the party’s previous ignoble defeat. With the mites slain, and a small amount of treasure recovered, the party continued onwards and discovered a staircase descending yet deeper. 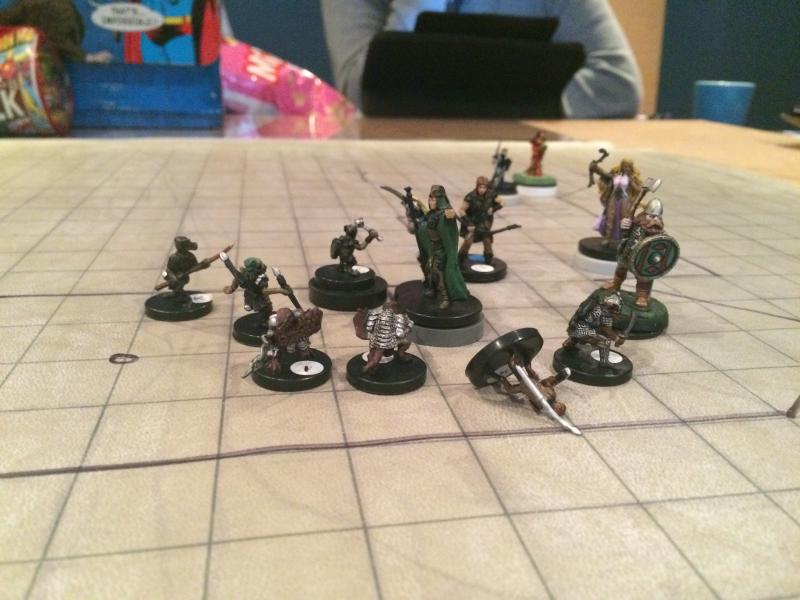 The stair led to an as yet undiscovered level. In short order, the party encountered and defeated several groups of large spiders and a strange, hairless humanoid identified by Quinell as a sinspawn. All were slain without any difficulty—the party’s increased size and prowess being more than a match for their foes. 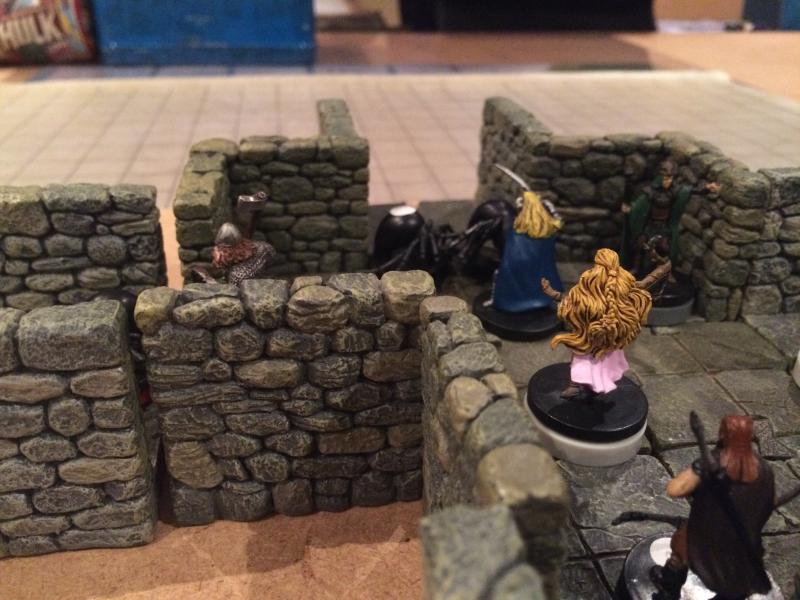 In one area, however, Zainnis’s tracking skill came in very handy: they discovered a area of disturbed dust which the skilled ranger identified as the tracks of a veritable swarm of small creatures. Having no area of affect weapons to speak of, the party back tracked deeming the risk of continuing in that direction too great. In another chamber, they discovered and destroyed a small group of skeletons. With nowhere else to go, they decided to return the way they had come and navigate another set of steps they had discovered earlier that led yet deeper underground…