As you might recall from reading our last Shattered Star session summary, our regular campaign is on a break over the summer. This seemed a perfect opportuntity for a mega slaughterfest!

Later in the holiday, my son will be running his first game for my friends. When setting up the adventure, he decided to (basically) allow any option from Paizo’s hardback library. So–to the delight of at least one of the players–we can play with Ultimate Combat, Ultimate Magic and even Occult Adventures! This is a good way of him seeing how some of the classes and options on those book stack up against the core rulebook.

Of course, what’s a mega slaughterfest without a Dwarven Forge layout?

Tonight, the players must battle against themselves in this fiendishly designed ARENA OF DEATH. 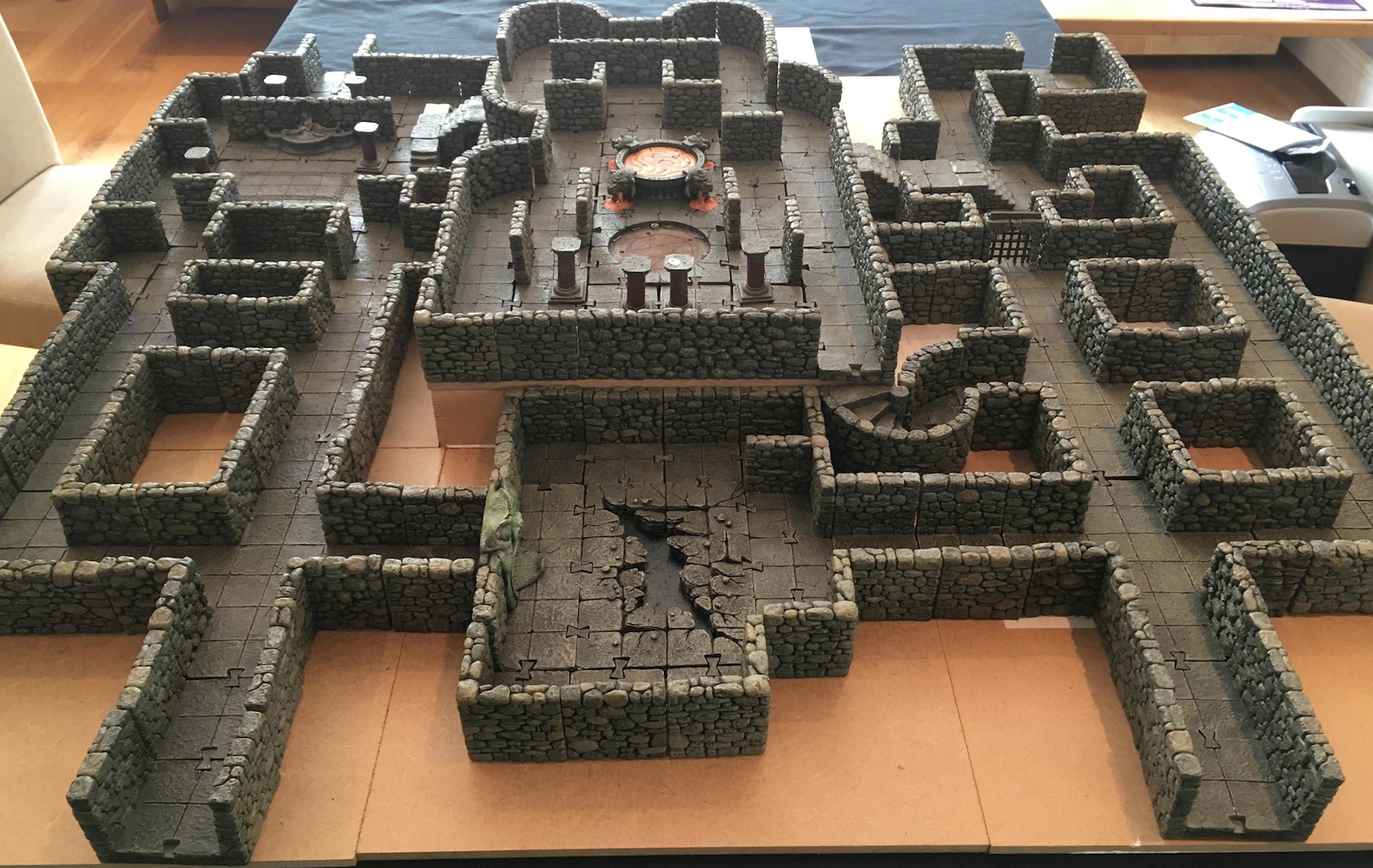 I’ve got four players tonight and so we’ve got four ways in–one for each player. While four may enter, only one can leave!

Gosh, I hope there aren’t any traps or randomly appearing guardians…

And, if you can’t wait to see what happened–fear not; I’m hoping to post the results tomorrow. If you can’t wait, check out the summary of our Festive High-Level Slaughterfest!

Dear God–summoners (and kineticists) are powerful. In the game last night, we had a synthesist summoner, a fighter (manoeuvre specialist), paladin and a kineticist. The paladin died on round two; he didn’t get within 100 ft. of the kineticist. The fighter died on round three after suffering a full attack from the synthesist summoner and the kineticist died on round seven (after managing a whole two rounds of combat with the summoner!) I’ve gone on record before by saying I think a core-only game is the way to go and while last night’s result didn’t particularly surprise me I was quite surprised how vast the gulf is between the various classes!

2 thoughts on “There Can Be Only One…”