At the end of last session, we left our heroes outside a cave of fearsome aspect. Shattered and scorched bones littered the floor outside the cave mouth and a sulphurous smell hung in the air.

After making their final preparations, the party entered the cave. Ahead, the passageway turned to the left. As they advanced to the corner, a terrible beast burst forth from the darkness—a huge, five-headed pyrohydra. With fearsome speed it breathed fire over Morden injuring him badly. Morden caught the brunt of the attack and when the hydra breathed fire again next round the redoubtable fighter was near death. 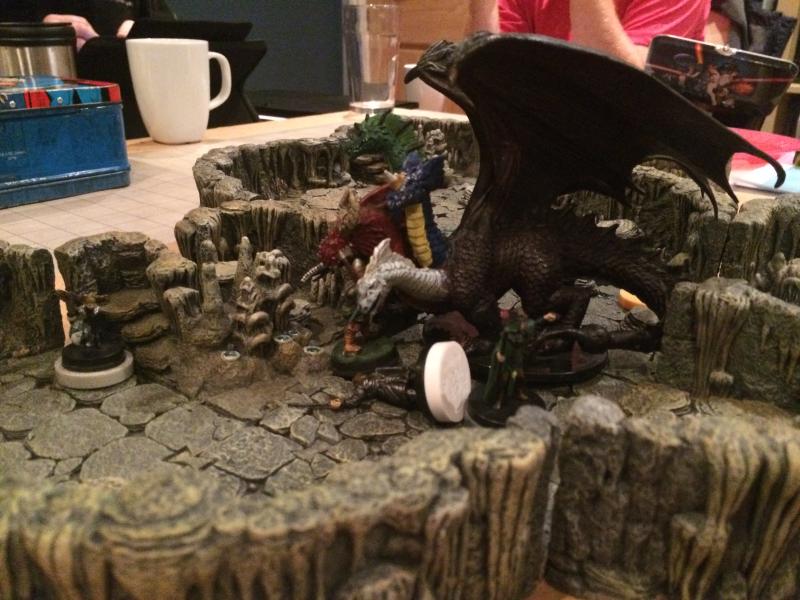 By now, many of the rest of the party were in the fight. Zainniss shot arrows at the hydra while Grooble healed his companions’ terrible burns. However, it was not enough. The next time the hydra breathed, Morden fell—seemingly dead. However, Aq used a splintered of divinity gifted to him by Heironeous for previous heroics to stave off death’s clutches on his friend and Morden was saved. Seeing Morden still in serious trouble, Grooble used stone shape over his friend to create a barrier from subsequent fire attacks—something that probably saved the fighter who could only crawl away from the battle.

While this drama was unfolding, several of the hydra’s heads had been lopped off, but terrifyingly they were now starting to regrow. Zainniss stowed his bow and hurled acid and fire over some of the freshly growing heads and shortly thereafter the beast was slain.

Exhausted, the party healed their wounds and searched the chamber, discovering some treasure and a narrow passage leading further into the hill. They elected to rest—guessing the hydra’s cave safe from other creatures (which it was) before continuing their quest the next morning.

The cave wound deeply under the Cape. For much of its length, it clearly plunged deeply under the lagoon as water dripped through the ceiling and mud clung thickly to the passage floor. It was a wet and cold party that finally came upon a chamber. The chamber contained a seven-sided monument. A multitude of tiny cave solifugids covered the cavern walls. Among them lurked three much larger and more dangerous specimens, which the party quickly slew. Investigations revealed the ancient symbol of lust carved into every side of the monument and a space within. Nok realised this space was perfectly sized to fit a succubus—news which the party greeted with much dismay.

As Nok was relaying this information, Aq realised discovered many muddy footprints in two of the passageways—as if a large force of armed warriors had passed this way. In short order, the party had tentatively identified which passageway led to the boggard village and which led (assumedly) to the caverns under the Lady’s Light.

With this information in hand, the party advanced and shortly thereafter discovered a cavern with walls of blue-veined white marble. Many columns decorated with carvings of warrior women stood about the place surrounding a shaft dropping directly down into the floor. Impenetrable darkness filled the shaft.

As the party advanced to investigate the shaft, several of the columns animated and stony warrior women stepped down to battle the party… 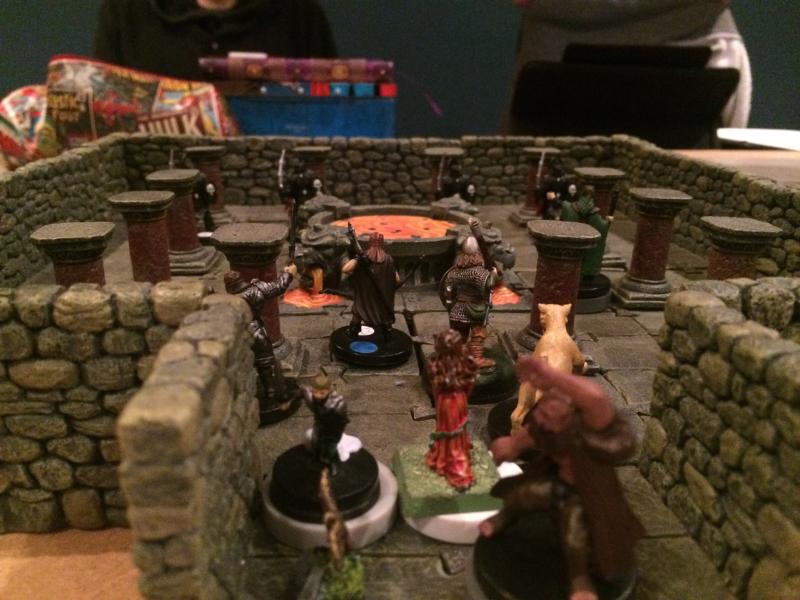