Rise of the Dungeon Master 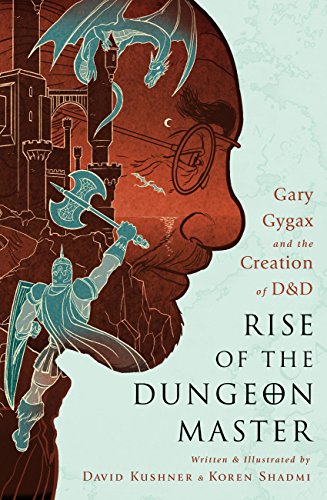 Did you know, there is a graphical novel about Gary Gygax and the creation of D&D? No? Did you also know, that it’s out tomorrow? (May 9th).

That’s such a cool idea!

You can check it out on Amazon US or Amazon UK.

Late last week, I spotted a new megadungeon-focused campaign on Patreon. As I have more than a passing interest in megadungeons, I immediately signed up! If you are interested in watching and helping a megadungeon grow from the ground up (or should that be down?) check it out!

I’m pausing my regular blogging schedule over the festive period to rest and recharge my batteries. While I’ll still be making sporadic posts—most likely Shattered Star session summaries (things are not going well for our heroes)—I’ll mostly be away until sometime in the first week of January. (My advice archives are–of course–still open for business).

A full normal schedule will resume on January 9.

Until then, I hope you have an excellent, relaxing holiday. And—of course—if you are gaming, I hope you crush your enemies and drive them before you. (Particularly if you are the GM…) 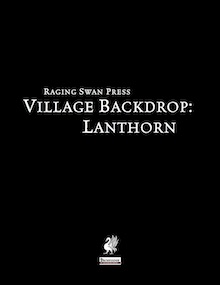 This week, Raging Swan Press releases Village Backdrop: Lanthorn by your’s truly. If you need a village of wizards and goblins surrounded by bloodthirsty trolls, this is the village for you! You can grab a free sample at the link above so go check it out! (And let me know what you think!)

As part of my continuing quest to finish the Gloamhold Campaign Guide, I’m updating all the major dungeon areas to each fill a two-page spread. As part of that process, I’ve posted the following updates to the relevant pages on my blog.