Ancient tomes of eldritch, forbidden lore are a staple of fantasy gaming. Either the deranged scribblings of mad, vision-seeing seers or the spellbooks of shadowy practisers of unspeakable rites, fell tomes contain forbidden, dangerous knowledge. 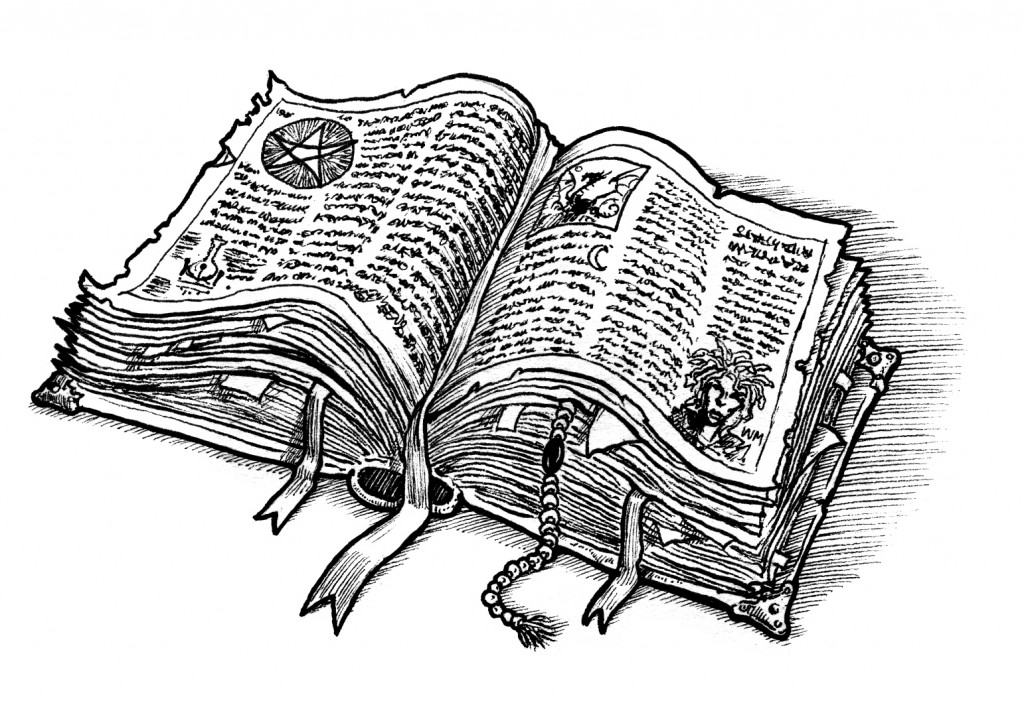 Whether they contain unique spells, the true names of powerful outsiders or exacting notes describing strange alchemical or magical experiments fell tomes often fall into adventurers’ hands. Such tomes are sometimes of great value and much sought after by learned folk both serving or battling dark forces.

I’ve talked before about why you should design unique treasures for your campaign, and the same is doubly true for legendary items such as unique or rare books.

Thus, find presented below six fell tomes suitable for insertion in your campaign today. Adapt them as you see fit, so they fit seamlessly with that which you have already created.

Submit Your Own Fell Tome

Why not add to the list above by posting your own fell tome in the comments below and help your fellow GMs add unique, flavoursome books to their campaign today!

2 thoughts on “Campaign Components: 6 Fell Tomes Ready For Your Campaign”